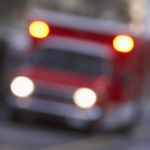 A fatal crash yesterday on Highway 11/14 in Rock County left one man dead and two others injured.

The two-car collision occurred in the Bradford township at the intersection of County Highway C and US Highway 11/14.

According to the Rock County Sheriff’s office, an 85-year-old Fontana man was traveling north on County Highway C just after 1:30 p.m. when he failed to stop at a stop sign at the intersection with Highway 11/14. His car was struck broadside by an SUV, travelling east on 11/14, driven by a 76-year-old man from Delavan.

The Delavan man and his 70-year-old passenger suffered minor injuries and were transported to an area hospital.

The Fontana man was later pronounced dead at a local hospital.