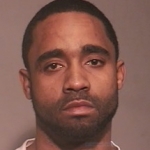 A 39-year-old Janesville man wanted for firing shots into the air last week has been arrested in Arizona.  Antonio D. Sims will be returned to make an appearance in Rock County Circuit Court.  Janesville police were involved in a pursuit of Sims when he pulled a gun and fired three shots.  Officers say they recovered the gun and shell casing near the location. Sims could face charges of being a felon in possession of a firearm, recklessly endangering safety and resisting an officer.