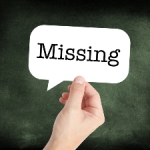 The Grant County Coroner’s Office has identified the remains of a Boscobel man 24 years after they were found.  New technology made the identification of Gale Joseph Byers possible after Coroner Phyllis Fuerstenberg re-opened the case.  The human remains had been found in a wooded area off Highway 151 near Maryville Heights in 1995, but they were too decomposed for fingerprints to be taken then.  Byers was 56 years old when he died of a heart-related condition.