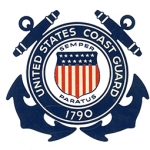 A missing 63-year-old Milton man’s body was found in a New York lake according to authorities.

Officials say the man was last seen while paddling the Erie Canal. His body was found and recovered by the U.S. Coast Guard and Madison County Sheriff’s Office around 7:30 Thursday morning on the eastern side of Oneida Lake.

Authorities opened a search after an empty kayak with the man’s keys, wallet and cellphone inside washed up on the shore of the lake. Camping gear and a tent were also found nearby and officials say he was wearing a life jacket.

The man’s family noted he was kayaking the Erie Canal and planned to meet his sister on Lake Champlain around Labor Day.

His name has yet to be released.