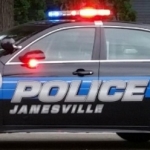 The Janesville police union’s decision to raffle off an AR-15 rifle, the same gun used in the recent Florida high school shooting, is getting some criticism. The raffle is part of a fundraiser and Professional Police Association President Justin Stubbendick says they have raffled off a handguns in the past and were successful in raising funds. He says a handgun was raffled last year for a child with cancer. Stubbendick says he respects people’s opinions — but if they don’t agree with the fundraiser they don’t have to take part. The drawing for the A-R-15 is May 12th.