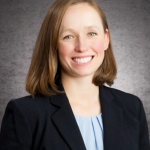 Dr. Brittany Keyes, a Beloit physical therapist, announced today that she will run for election to represent the 31st Wisconsin State Assembly District.

Keyes, a Democrat, said that her education, her career in health care, her community service, and work with young people have given her the experience and insight to serve in the Assembly.  She intends to make improving access to health care, bolstering public education, and encouraging the creation of family supporting jobs her priorities.

“Unemployment in our state and region are low now,’’ Keyes said. “But too many people are working two or more jobs and still having to choose whether to pay the rent or buy groceries or fill prescriptions.’’

The state’s effort at economic development has been misdirected, Keyes said.

“Wisconsin can’t build if it doesn’t invest in public education and maintain its university system,’’ said Keyes, who earned a doctorate in physical therapy from the University of Iowa. “Every student in Rock and Walworth counties deserves an equal chance at a decent future and that depends on education.’’

Keyes added that the disintegration of the state’s road system has been a barrier to economic development. She criticized the more than $3 billion investment in the Foxconn development in Racine County.

“Every Foxconn job will cost the taxpayers tens of thousands of dollars and the investment won’t be paid back for 25 years, if ever,’’ Keyes said.  “Taxpayers in every corner of the state will pay for economic development in Southeast Wisconsin.’’

She called for an approach that supports the creation and retention of small business.

“Most businesses are small businesses,’’ Keyes said.  “Small business is the most important job creator and job provider in the state.  We should support the companies that form the backbone of small town and rural Wisconsin.’’

She noted that the state pays more to provide health care coverage to fewer people as a result of rejecting federal Medicaid expansion funds.

“Wisconsin needs to make financial decisions based on sound policy, not politics,’’ she said. “Especially where health care access is concerned.’’

Keyes, 31, has worked as a physical therapist for Beloit Health System since 2015.  Her practice has an emphasis on sports injury rehabilitation. She provides medical coverage at area high school sporting events and is in her third season as a volunteer assistant coach for the junior varsity football team at Beloit Memorial High School. She serves as strength and fitness coach for the team.

She was captain of the rowing team at the University of Iowa and was first team All-Big Ten in 2008.  She won a variety of sportsmanship and academic awards from the Big Ten.  She was a bronze medalist in the USA Weightlifting National Collegiate Championships in 2009.

Keyes is a founding board member of a Stateline area food cooperative and has an extensive record as a volunteer for various organizations during the last decade.

She is married to a teacher and the couple has a young daughter.

“Wisconsin needs people in the Assembly who will work for us, not the political donors,’’ Keyes said.  “I have a young family and I want to make Wisconsin the best place possible for all families.’’