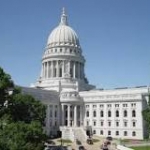 Republican members of the Joint Finance Committee have voted to limit the budget for the lieutenant governor’s security.  Recent reports show Democrat Mandela Barnes has spent nine times as much on security as his predecessor, former Lieutenant Governor Rebecca Kleefisch.  Barnes has only held the office for five months.  The new state budget will limit him to spending only as much as Kleefisch did during her last two years in office.