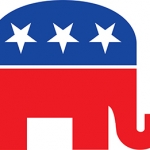 A Republican state senator says he opposes the five-point-six percent spending increase under the two-year budget drawn up by his party.  Whitewater Senator Steve Nass says he’s going to vote “no,” meaning Republican backers of the plan have just a slim margin to get it passed.  Nass is said to be one of several conservatives in the Wisconsin Legislature who often speak out against spending increases.  The Wisconsin Assembly takes up the plan approved by the Joint Finance Committee next.