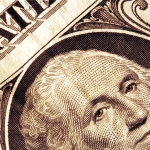 The state of Wisconsin has agreed to pay three former inmates at the Lincoln Hills juvenile prison almost five-million dollars in a settlement.  Two young Iowa women, Laera Reed and Paige Ray-Cluney, had alleged they were physically abused at the Copper Lake facility three years ago.  Another former inmate, Jacob Bailey had his arm broken by guards in 2014.  The three settlements run the total of all payments for problems at the youth prisons to 25-million dollars.