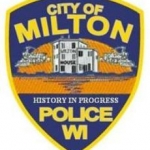 Sheriff’s officials say an Edgerton man has died after he was run over by a bulldozer in Rock County. First responders were called to a property in the Town of Milton about 5:30 p.m. Sunday where the 30-year-old man was found unresponsive. The Rock County Sheriff’s Office says the victim was working alone and doing some excavating at the property.