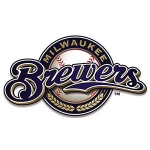 The hottest team in the National League Central Division is supposed to be struggling without its top slugger, Christian Yelich.  Instead, the Milwaukee Brewers will be trying to extend their current winning streak to eight games-in-a-row when they visit St. Louis tonight (Friday).

Milwaukee is 10 games over .500 for the first time in three months. The Brewers trail the first-place Cardinals by four games.