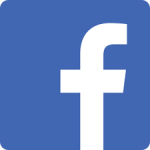 The Madison Metropolitan School District announced Monday it will reinstate Anderson who lost his job for repeating a racial slur while he was being verbally attacked by a student.

Anderson is currently on administrative leave and a transition plan for his return is being negotiated.  Madison School Board President Gloria Reyes had asked the district superintendent to rescind the termination Monday.