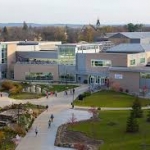 Fannie Hicklin, a highly repected theater professor who became the University of Wisconsin-Whitewater’s first African American faculty member, has died at the age of 101.

Hicklin passed away Friday at her home in Madison, according to her daughter, Ariel Ford. A memorial service will be held in the spring.

During her tenure at UW-Whitewater, Hicklin taught speech and theater courses, directed more than 50 productions, and earned the respect of students and colleagues alike for her passion for the arts and dedication to teaching.

“It’s difficult for any of us to imagine a world without Fannie Hicklin,” said Chancellor Emeritus Richard Telfer. “She was clearly devoted to UW-Whitewater, not just in her time on the faculty, but even in retirement. From her attendance at theater productions, to participating in scholarship fundraisers, to helping guide the College of Arts and Communication forward as a member of the Dean’s Advisory Board — she gave of herself in countless ways.”