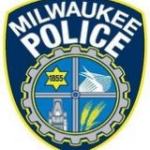 Milwaukee police say surveillance video captured the crime when a 61-year-old suspect threw what was apparently battery acid on another man.  The confrontation happened outside a Milwaukee restaurant Friday night.  Authorities are considering charging Clifton Blackwell of a racially-motivated hate crime since he accused the victim of being in the country illegally.  The Wisconsin State Crime Lab is testing the liquid to determine what it is.