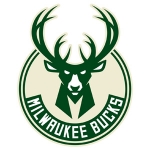 The Milwaukee Bucks will be shooting for their 10th win-in-a-row when they take on the Cavaliers in Cleveland tonight (Friday).

Cleveland has lost its last two games and has managed to win only three-of-nine home games this season.

Despite the outstanding record, Milwaukee has some things to work on.  The Bucks are connecting on less than 34 percent of their 3-point shots – ranking them 24th among the 30 N-B-A teams.

Khris Middleton could see some more playing time after scoring 16 in his first game back from a leg injury. Our coverage on 940 WFAW begins at 6:00.