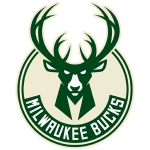 Giannis Antetokounmpo scored 11 of his 33 points in the fourth quarter, and the Milwaukee Bucks held off the Cleveland Cavaliers 119-110 for their 10th straight victory.

Giannis sent home a right-handed jam after Milwaukee won the opening tip. He evaded his defender, took a bounce pass from Eric Bledsoe, and dunked over Kevin Love, who came over to help.

Antetokounmpo scored in a variety of ways with the game on the line, including a 3-pointer, a floating jumper, a tip-in and a dunk off an offensive rebound.

The reigning MVP also grabbed 12 rebounds while extending his season-opening streak of double-doubles to 19 in a row. The Eastern Conference-leading Bucks (16-3) hadn’t won 10 in a row since the 1985-86 season.

The Bucks try for No. 11 against the Charlotte Hornets at Fiserv Forum tonight. We’ll have that game for you on 940 WFAW. Our coverage starts at 6:30.