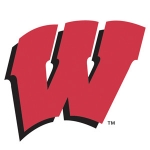 The same two teams meet on the court in Raleigh tonight as part of the Big Ten-ACC Challenge.  Wisconsin brings a 4-3 record into the match-up after losing two-in-a-row.  North Carolina State is 5-2.

We’ll have Badgers basketball action for you tonight on KOOL 106.5. Our coverage starts at 7 PM.