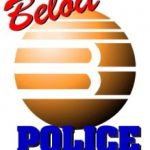 Three Beloit police officers fired shots at an armed man suspected of stealing a vehicle Tuesday shortly after noon Tuesday.  That man died before he could be taken to a hospital.  Police haven’t released his name.  The incident started when a Rock County deputy heard the sound of shots being fired and spotted a possible stolen vehicle.  The Wisconsin D-O-J Division of Criminal Investigation is handling the case.  The three officers are on administrative leave.