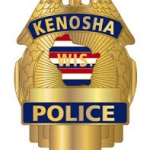 A principal at an elementary school in Zion, Illinois faces charges for allegedly having a sexual relationship with a student at Kenosha-Bradford High School 10 years ago.  The girl was 17 at the time.  She says she and Curtiss Tolefree had sex “just about every day at school” during her junior year.  The victim reported the incidents last year.  Tolefree has a January 2nd appearance scheduled in Kenosha County Circuit Court.  If convicted on all of the sexual assault charges, he could get a 19-year prison sentence.