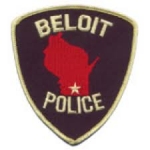 Beloit police say an armed man making threats had left a location by the time officers arrived.  The first call was received shortly before 1:30 AM Wednesday.

The man who had threatened law enforcement officers was finally tracked down in Milwaukee.  His name hasn’t been released.

He initially refused to come out of his hiding place, but a Milwaukee police tactical squad eventually took him into custody at about 6:20 AM.