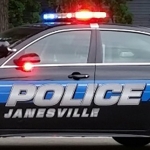 Janesville police say they have identified a suspect in Monday’s double homicide, but they’re not naming the person and haven’t confirmed an arrest.

Investigators say the suspect was known to both 30-year-old Seairaha J. Winchester and 27-year-old Brittany N. McAdory.  The women’s bodies were found near Interstate 39-90 early that morning.