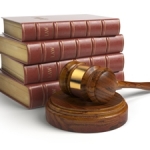 A Delavan man who admitted his involvement in at least five arsons will be on probation for the next 10 years.  Thirty-year-old Daniel Zitella was sentenced in Walworth County District Court last Friday.  In addition to the probation, Zitella will serve six months in jail with work release and he will have to pay restitution.  Court records indicate he suffers from serious mental health challenges and has cognitive issues.