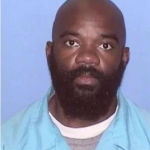 A former University of Wisconsin football player who is the brother of a standout in the 2011 Super Bowl has been formally charged in a double homicide that police say was connected to a drug deal. Marcus Randle El was charged Friday in Rock County Court with two counts of first degree intentional homicide. The shootings happened Feb. 10. A motorist found 30-year-old Seairaha Winchester and 27-year-old Brittany McAdory suffering from multiple gunshot wounds. They died at a hospital. The Janesville Gazette reports that witnesses cited in the complaint said Winchester was afraid of what Randle El would do to her because she owed him money.