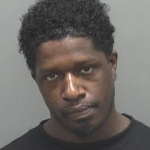 A Rock County judge has sentenced a man to seven years in prison for selling the fentanyl-laced heroin which killed a woman in December 2018.  Attorneys for Chaz Harris had reached a plea agreement with the prosecution, but the judge added some time to the sentence.  Investigators were able to link the drugs which caused the woman to overdose to the drugs Harris had been selling at the time.  The defense argued Harris had no intention of killing her as the sides agreed to a five-and-a-half-year prison term.  The judge added another year-and-a-half.