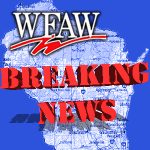 There are reports that a gunman is dead in an active shooting situation in Milwaukee.  A total of seven people were reportedly  shot at the MolsonCoors campus.  Multiple agencies are on the scene in response to what police have called a “critical incident.” The shooter is reportedly a former employee of MillerCoors.

Milwaukee police are responding to what they are calling a “critical incident” on the Molson Coors Brewing Co. campus amid reports of a possible shooting. WISN-TV in Milwaukee reported Wednesday that a Molson Coors employee received an email about an active shooter near one of the buildings.

Molson Coors spokesman Martin Maloney said there was an “active situation” but didn’t have any further details. There was a heavy police presence in the area, along with fire trucks and ambulances.

Live video showed an officer in body armor getting an assault rifle out of car. Milwaukee Mayor Tom Barrett also arrived on the scene. The incident occurred at a sprawling complex that includes a mix of corporate offices and brewing facilities. At least 600 people work at the complex.

We will continue to update.