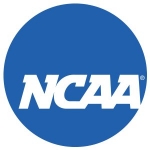 The biggest conferences in college sports– including the Big Ten– all canceled their basketball tournaments because of concerns about the coronavirus, putting the celebrated NCAA Tournament in doubt.

The Power 5 conferences also include the ACC, Big 12, Pac-12 and Southeastern Conference. Within minutes of each other, they announced that the remainder of their tournaments would not be played.

All were preparing to play games in large arenas, but with few people in the buildings. Following the NCAA’s lead on Wednesday, most college conferences announced that their basketball tournaments would be conducted with limited fan access.