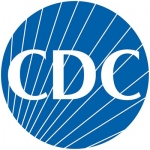 The already-delayed professional sports seasons in North America could be on hiatus for significantly longer than first planned.

New recommendations from the Centers for Disease Control and Prevention on Sunday night seem to suggest that sports in this country could for all intents and purposes be gone until May, if not later.

That’s twice as long as the 30-day shutdowns that the NBA, NHL and Major League Soccer decided to put into place last week.

Major League Baseball also was going with what essentially was a 30-day shutdown after canceling the rest of spring training and pushing back the start of regular season play for two weeks; Opening Day was to have been March 26.