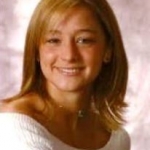 Twelve years after a student at the University of Wisconsin-Madison was killed, charges have finally been filed in the cold case.  Brittany Zimmermann died in her downtown Madison apartment on April 2nd, 2008.  Authorities say they interviewed hundreds of people and processed countless pieces of evidence before arresting 53-year-old David A. Kahl.  He’s charged with first-degree intentional homicide.  Kahl has admitted he was in the victim’s apartment the day she was killed, but he has denied killing her.