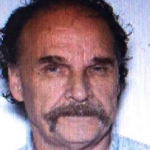 The Wisconsin Department of Justice has identified the two people found dead of gunshot wounds in the driveway of a house in Sumner Tuesday evening as 57-year-old Nedra Lemke and 59-year-old James Lemke.

Jefferson County Sheriff Paul Milbrath reports just before 6:00 they received a call of a possible burglary at the home on County Road A. When deputies arrived, shots were fired from the residence. Deputies returned fire and took cover. Smoke was coming from the residence, which burned to the ground.

Authorities are searching for 61-year-old Kevin Anderson of Fort Atkinson, whom they describe as armed, and extremely dangerous.