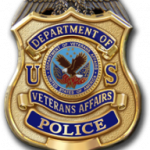 A man who carried a shotgun into the Zablocki V-A Medical Center Monday night was shot to death by V-A police officers.  The shooting happened when the man refused to comply with officers’ commands outside the hospital’s east entrance.  Witnesses reported a large law-enforcement presence at the hospital at about 8:45 p-m Monday.  Authorities from several agencies locked down multiple entrances to the sprawling federally-run health care facility.  No names have been released.  The man was taken to the hospital’s emergency department, but doctors weren’t able to save his life.