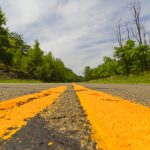 Wisconsin Gov. Tony Evers says he plans to seek federal approval to restart a long-stalled project to expand a 3.5-mile stretch of Interstate 94 around Milwaukee. Then-Gov. Scott Walker abandoned the project in 2017, when it came with a price tag close to $1 billion. The plans were to expand the east-west corridor from four to eight lanes to ease congestion in one of the most dangerous stretches in the state. It runs from the Marquette interchange at 16th Street to the Zoo interchange at 70th Street.