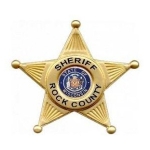 The Rock County Sheriff’s Office reports two men have died after they were pulled out of a pond Saturday.  Their names haven’t been released, but the victims were 22 and 23 years old.  They had been swimming in that pond when they went under.  Rescuers got them out and they were taken to a hospital where they died later.  The Medical Examiner’s Office is working with the Rock County Sheriff’s Office on the investigation.  Emergency responders from the Town of Beloit and Janesville had responded to the emergency call.