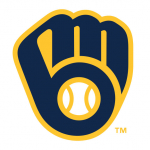 Brandon Woodruff pitched six-and-two-third innings and struck out ten batters as the Brewers shut out the Pittsburgh Pirates 3-0 in the series finale.

Ben Gamel hit a two-run homer in the third inning and Keston Hiura had a solo shot in sixth to back Woodruff’s one-hit performance for the Crew.

Milwaukee relievers David Phelps, Devin Williams and Josh Hader limited the Pirates to a lone single. Hader picked up his first save.

The 2-and-2 Brewers are off today and will host 2-and-3 St. Louis in the home opener tomorrow afternoon at Miller Park. We’ll have the game on 940 WFAW. Broadcast starts at 12:35.