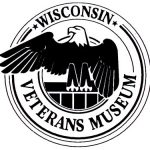 Graffiti spray painted on the outside of the Wisconsin Veterans Museum located directly across the street from the state Capitol will be removed starting this week. The state Department of Veterans Affairs said Monday that the building’s owner had notified the state that the repair work was set to begin Wednesday. The work is starting after the building owner consulted with its insurance company and determined the best way to clean the sensitive stone. Numerous veterans groups had been calling for the damage to be repaired. Most of the damage was done in June during protests following the death of George Floyd in Minneapolis.