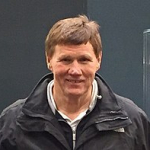 Green Bay Packers President and CEO Mark Murphy says the team’s players respect the national anthem and the flag, but also “the right to express ourselves.”

The players decided to remain in the locker room during the national anthem as a show of unity for social justice and racial equality.  Murphy says he and the team call on leaders to engage in meaningful dialogue that “results in change.”

During the season-opening game at US Bank Stadium, the players wore a number-87 decal on their helmets to honor former Packer and Hall of Fame defensive end Willie Davis.  The number will remain on the players’ helmets all season.