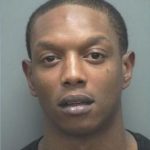 Authorities in Marathon County say a 25-year-old man wanted for attempted homicide in Beloit has been taken into custody after a chase.  Sheriff Scott Parks says his department, as part of the Great Lakes Regional Fugitive Task Force, worked with the U-S Marshals Office Wednesday to arrest Isaiah Evans and an accomplice.  Authorities were told Evans and 31-year-old Abby Ann Jackson were located at a hotel in Weston.  The two took off as law enforcement officers arrived, leading to a brief chase.  When it ended, Evans and Jackson took off on foot but were quickly apprehended.  Evans was wanted for attempted first-degree intentional homicide, multiple counts of recklessly endangering safety, and other charges.  He is accused of shooting another man last May.