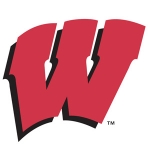 When the Wisconsin Badgers host Illinois in the delayed 2020 Big Ten Conference football season opener, the game will be played under the lights.  The eagerly-awaited contest at Camp Randall Stadium will be played on Friday, October 23rd, at 7:00 p-m.  Most Big Ten football games have been played on Saturdays for years, but this isn’t most seasons.  The Friday night opener will be played with no fans in the stands.  Wisconsin Athletics is offering the opportunity for fans to create a “Bucky Board” cutout which would be placed in the stands during the game.